Our week before Christmas was full, but nice! It started off with the church choir performing on Sunday. The music for the most part was the same they do every year, but a new addition was "It's bout the Cross". I love this song! It's so good! The concert ended with the Hallelujah  Chorus. Which is always good!

Sunday night we had several friends over to play games. I was able to get two games of Ticket to Ride in - won one; lost one...  The teenage boys played Risk. One set of friends played Canasta.  All in all, I think everyone had a  good time.  And we had several yummy treats! 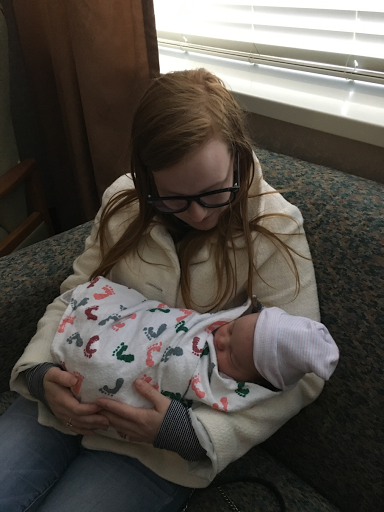 Tuesday we attended a friend's retirement from the Air Force. It was a beautiful ceremony. Later that night I was able to delivery my niece's t-shirt quilt finally done. She gave me her high school t-shirts back in August. I told her then I would try to get it done by Christmas.  I finished earlier in the month - I'm so glad it came out well!. She loves it!

Wednesday Melissa and I had another we had been looking forward to: her senior year portraits.  A friend of the family's is a great photographer and we had her do them. She had some inside and outside.  We'll go back in a few weeks to see the proofs. I have a feeling it's going to be hard to decide which ones to purchase....and Drew has already given me a budget....

Thursday I cooked for the friend with the new baby....we just had a relaxing day. And got to see the baby again.

Friday Drew took the day off! - yea!! I love it when the alarm does NOT go off at 5:40!! Drew and the boys went out for lunch the saw the newest Star Wars movie: Rouge One.  We all enjoyed it - the lunch and the movie!

Christmas Eve we stayed home and cooked.  I made gingerbread and sugar cookies while Drew used his new electric smoker to smoke salmon for our Christmas Eve dinner. The salmon turned out a little more salty than we all liked, but not a bad try the first time to smoke fish.  After our dinner, we attended our church's Christmas Eve service.  Instead of the normal candlelight service, this year the service had a  festive feel instead of a sacred one.  After we tortured the kids after church by driving around to look at Christmas lights, we opened our presents when we got home. I think they were overall happy...nothing too big at this time.

Christmas morning we had to wake up the kids.  That's like with teenagers... the days of them waking us up at the crack of down are over!  William's big gift was a chair for his dorm room he asked for, Melissa got a new cell phone, and Benjamin got money.  He never could come up with a gift we would agree to, so he got money.

After church in the morning we drove over to my parent's house for the afternoon. It was a nice time with my family...and of course, good food.

Today - Monday - we enjoyed sleeping in again!  Sadly, Drew's alarm will go off early tomorrow morning again, so we definitely enjoyed sleeping in today. We both did some more cooking. Also, a neighbor came over to taste our food and play a few rounds of a new game Ben gave Drew for Christmas called Sequence.  I have yet to win!! May not be my game.....

The kids are currently out shopping to spend some of the money got received from Christmas while Drew and I are watching a movie.  I am contemplating de-decorating the house....but just contemplating it...got all week, right?

Sweet in the Bitterness

One of the great things about living in north Louisiana is being able to spend the day with my parents....especially knowing they don't have many years left. My dad has had dementia for many years now and our relationship is much different than it was ten years ago before his stroke.
While he can't really carry on a conversation that someone else starts, if he has something on his mind, he'll try his best to tell a story. Usually with me he tells the same story about this huge black cast-iron pot they have in the back yard. It came from his grandmother.  I'm not exactly sure what she did with it...I tease dad and call it the witch's cauldron since that's what it reminds me of and I ask if she cooked chickens in it over an out-door fire.
But this week for my visit Dad's mind was on other things than the black pot. He told me about how he got the mantle clock....how he saw someone throwing it out, but dad offered him five dollars for it instead. He, also, told me he has the best wife in the world.
Yes, Dad!! YOU DO!!  Mom takes such good care when of him! Dad, then, said the best line ever: We didn't kiss on that first date, but we kiss everyday now!
Yep, Dad! I'm sure y'all do! Maybe that's the secret to being married over 53 years....don't kiss at first, but then kiss everyday.
Posted by Kelley at 9:10 PM No comments:
Labels: parents

Adventures of My Morning

When you hear what you think is a fighter jet that sounds like it's going to land on the van you're driving, you quickly realized it's not a fighter jet. Nope. It's the van. Or rather a tire. 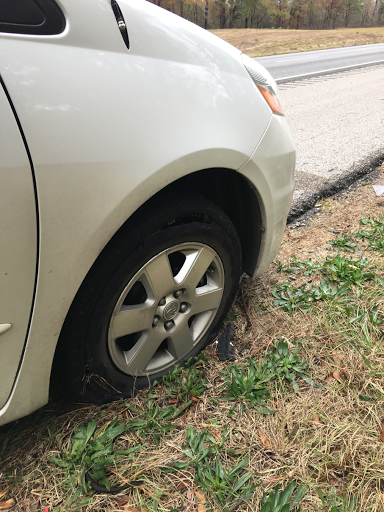 Guess I'm getting a new tire for Christmas.

But I did get to make a new best friend. His name is David and he works for Roadside Assistance. 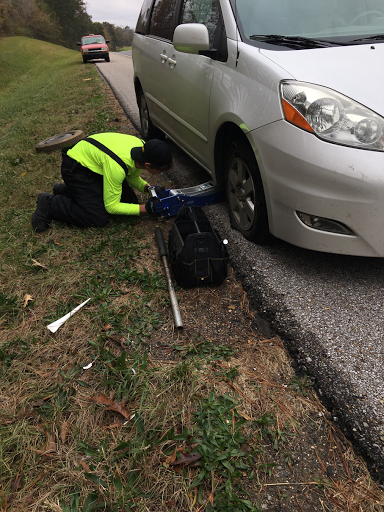 Posted by Kelley at 7:54 PM No comments:
Labels: odd events

Tonight at dinner I noticed Benjamin's plate was missing the green vegetables that was on everyone else's plate. So I asked him, "How come there's nothing green on your plate?"
His answer: "But my eyes are green."
Deep sigh....that they are, my son, that they are...
Posted by Kelley at 7:06 PM No comments:

Our house is finally decorated for Christmas...well...sort of...all but the tree.  And at the moment we have decided not to get a tree this year. Not sure if that decision will stand...we'll see. In the past we have  picked it out before Thanksgiving and then gone back to the Christmas tree farm that's close by after Thanksgiving to actually cut the tree down. But this year we never did go and pick out the tree.  And with the rain this weekend, we didn't want to buy one wet. So...that leaves us with no tree right now...   I do have an artificial tree upstairs at the window - that just may do for this year.

I actually have several small trees throughout the house. At one point in time some of them were in the kids' rooms, but now they seem not to care if they have their own or not, so they have stayed in the front of the house.

And they don't seem to care about us having a big one downstairs....so......we'll do easy this year.